Rep. Elik Receives ‘Freshman of the Year’ Award from the Illinois Chamber of Commerce 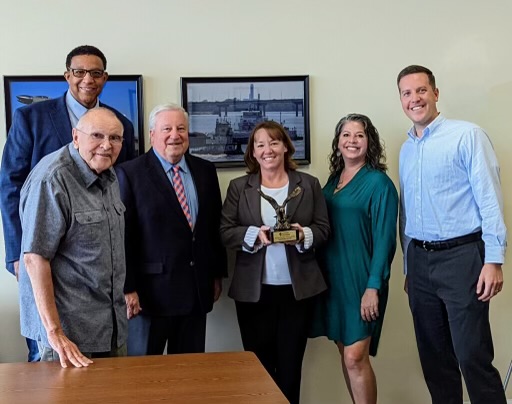 State Representative Amy Elik (R-Fosterburg) earned the ‘Freshman of the Year’ award for her positive voting record in support of economic opportunity and free enterprise in Illinois. Elik was the only freshman member of the Illinois House of Representatives to receive the highest honor during the 102nd General Assembly.

The Illinois Chamber of Commerce presented the 2022 Champion of Free Enterprise and Freshman of the Year Award to Rep. Amy Elik in correspondence with the release of their 102nd General Assembly Legislative Ratings. This award is given by the Illinois Chamber of Commerce to legislators who work toward the advancement of economic opportunity for all Illinoisans and to those who have made special contributions to the defense and furtherance of free enterprise in our state.

“As a lawmaker and CPA, supporting policy that helps grow our economy, cut red tape, and improve our job climate is a good recipe to make Illinois more prosperous,” said Rep. Elik. “I appreciate the recognition for my strong voting record in support of strengthening Illinois’ economy. I will continue to work on helping make Illinois a stronger, better place for families to live and work.”

The Champion of Free Enterprise Awards are given biennially to Senators and Representatives with Illinois Chamber ratings averaging 85 percent or higher over the previous two General Assemblies who have demonstrated their commitment to legislation that frees the entrepreneurial spirit. Representative Amy Elik received a 95% rating from the Illinois Chamber which is why she earned the distinction of ‘Freshman of the Year.’

“We believe the Chamber’s legislative ratings are an effective tool in accountability and commitment to economic growth for our elected officials. These ratings spotlight for the business community, and the public at-large, who has their back in Springfield,” said Illinois Chamber of Commerce Senior Vice President of Government Affairs Clark Kaericher. “The Chamber thanks Representative Amy Elik for her dedication to a stronger and more prosperous Illinois.”