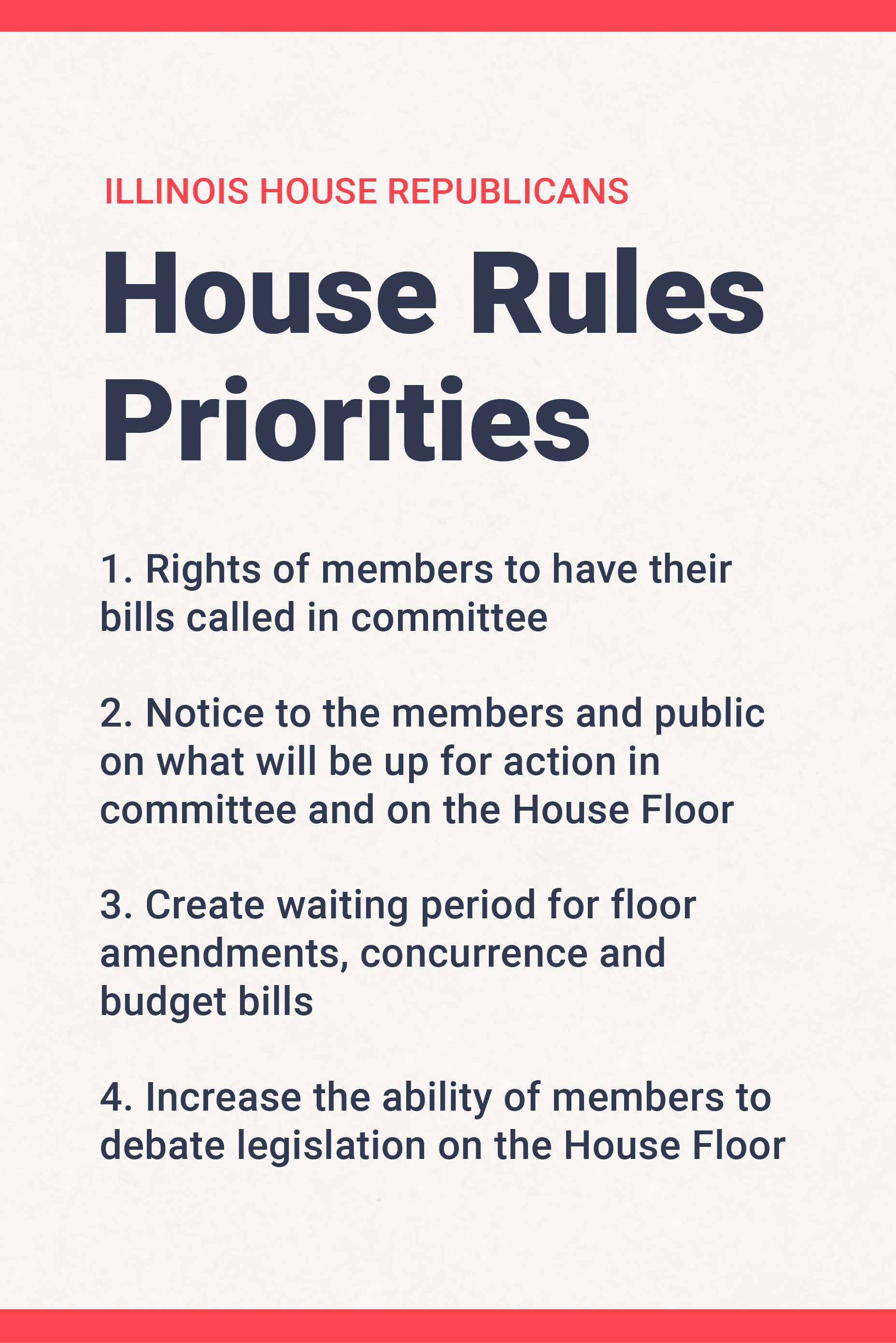 The majority party in control of the Illinois House of Representatives approved House Rules today that will lead to less transparency and public discussion on legislation in the General Assembly. Rep. Elik joined her House Republican colleagues in proposing four reforms to bring more accountability and transparency to the legislative process.

According to Rep. Elik, “I voted against House Rules approved today because they are almost identical to the previous rules that former House Speaker Mike Madigan used to keep his power in the State House. The House Rules approved today reduce public input, limit the ability for lawmakers to ask questions during debate, and allow lawmakers to approve legislation without knowing the fiscal impact on state and local government. It’s as if the majority party does not want to hear what the taxpayers have to say about pending legislation – this must change which is why I support four reasonable reforms to the familiar Madigan House Rules.”

The Four House Republican Reforms to House Rules are as follows:

Rep. Elik added, “Just hours before I was sworn into office last month the House approved legislation without allowing all 118 lawmakers the ability to speak and ask questions concerning legislation being voted on. The majority party even filed legislation with less than 24 hour notice, this is not a positive reflection of a representative democracy. The four reforms to House Rules I support will bring more transparency and accountability to the legislative process in the State of Illinois.”